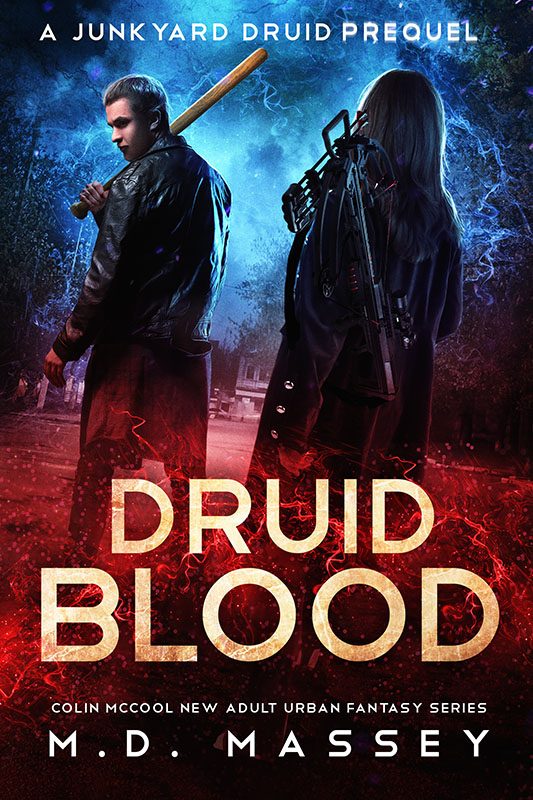 Things are going great for Colin until he finds out an ancient vampire named the Avartagh has taken over his town. Now he and his friend Jesse have to stop the vampire before it destroys everyone and everything they love.

When You’re Hunted By Dark Fae, The Only Option Is To Hunt Them Back!

Things are going great for Colin. He’s the star of his high school baseball team, he has a killer motorcycle, and his mom’s career as an artist is finally taking off. Then, a chance encounter with a leprechaun reveals that nothing in his world is as it seems…

Soon, Colin and his friend Jesse are tasked with taking out the evil creature who cast a spell over their town, the ancient vampire known as the Avartagh. Now, they’re being hunted by the unseelie fae, “fairies” who are are deadlier, real-life versions of their fairy tale counterparts.

Thus they must attempt the impossible, and save their town from the evil fae who’ve taken it over. And if Colin and Jesse don’t stop the fae, the Avartagh will destroy everyone and everything they love… and he’ll kill them in the process.

(Author’s Note: This novel is the prequel to Junkyard Druid. Originally released as a YA novel, it serves to provide a backstory to the Junkyard Druid series.)

Share
Facebook Twitter Google+
Disclosure of Material Connection: Some of the links in the page above are "affiliate links." This means if you click on the link and purchase the item, I will receive an affiliate commission. I am disclosing this in accordance with the Federal Trade Commission's 16 CFR, Part 255: "Guides Concerning the Use of Endorsements and Testimonials in Advertising."