Looks like it’s time for another urban fantasy author update from yours truly. Here’s what I’m up to this month… 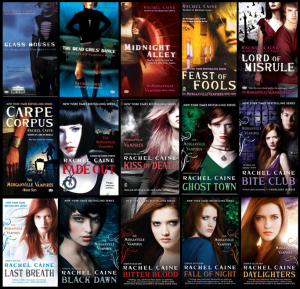 Currently I’m reading through The Morganville Vampires novels again, and I’m on Book 3, Midnight Alley. After Rachel Caine’s recent and untimely passing, I decided that the series deserved another read. Rest in peace, Ms. Caine.

On the non-fiction front, lately I’ve had my nose stuck in Teri Tom’s excellent text on the Jeet Kune Do straight lead. When I initially came across the book, I was admittedly skeptical that there’d be enough to say about a single, simple technique to fill an entire volume.

However, Tom does an excellent job of informing the reader on the finer points of the most important attack in Bruce Lee’s art. And, she does it without succumbing to needless repetition. If you’re at all interested in Bruce Lee or JKD, it’s worth checking out.

On the advice of my readers and most of the free world, I recently binged The Queen’s Gambit, a Netflix limited series based on the eponymous novel by Walter Tevis.

While Tevis might not often be counted among the great American writers of the last century, three of his other novels have been translated to film, including The Hustler, The Color of Money, and The Man Who Fell to Earth. The former two films star Paul Newman (and a very young Tom Cruise in Color), and for that reason alone I believe they are worthy of review.

As for the miniseries, it’s an excellent study in character development (the novel is considered to be a classic Bildungsroman) that explores themes of alcoholism, drug abuse, and feminism during the 60s. Anya Taylor-Joy is phenomenal in the lead role, and every aspect of the production is simply top-notch. Check it out if you haven’t yet—you can thank me later.

I had been playing Greedfall on the PS4, but as soon as Assassin’s Creed Valhalla dropped I purchased it immediately, even though I’m only halfway through the main quest in Greedfall.

Often hailed as a potential successor to Dragon Age, Greedfall is one of those games that, while executed admirably, simply does not rise to its full potential. My main complaint about the game is that quest decision trees (and alternative consequences) are almost non-existent, and dialogue choices are so linear as to nearly completely rob the player of any agency at all.

The jury’s out on AC Valhalla as I haven’t fired it up yet, but if it’s half as good as AC Odyssey was, it’ll be worth the price of admission.

Yup, I’m still working on Druid Master. Considering that it’s the book that will tie up the first Colin McCool series (and set the stage for his next series, and for multiple spin-offs), I’m taking my time to do it right.

The draft is shaping up to be around 25,000 words longer than the typical book in this series, although I might pare it down a bit before it goes to my editor. We shall see…

So, I’m holding off on any announcements regarding pre-orders and the release date. I’ll keep everyone posted as I get closer to finishing the first draft.