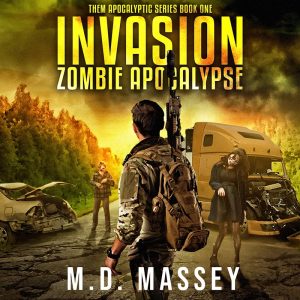 Hey folks, it’s time for another urban fantasy author update! Here’s what I’ve been up to…

As I write this I’m watching the snow fall outside my window, after a week of freezing temps in an area of the country where temperatures rarely get below the forties. For me, this is enjoyable weather, as I spent over half my childhood and teen years in the Midwest.

I tend to prepare for such things, so this has been a minor inconvenience at most for my family. For others, not so much, and I’m grateful we haven’t been impacted as severely as others in our community and across the state.

Currently I’m reading the wonderful Wandering Inn series, which can also be found as a serial online at https://wanderinginn.com. I’d heard loads of good things about these stories over the last few years, but hadn’t checked it out due to other distractions (so many books). Due to the “blizzard” and blackouts, I found myself searching for something to read that I already had on my Kindle, and voila.

If you’re not familiar with the series, it’s a take on LitRPG/GameLit that mostly follows the adventures of one Erin Solstice after she’s magically transported to a fantasy world where magic is real… and so are character classes, skills, and leveling. The writing is solid, and the characters and situations are unique and interesting takes on the “Stranger in a Strange Land” trope.

My only complaints would be that the author likes to mix POVs for the same character/narrative, which I find mildly annoying, and the stories could use a thorough edit. That said, the quirks take nothing away from the quality of the story, nor do they detract from the reading experience. If you have a chance, go pick the first book up now on the ‘Zon or Audible.

I’ve mostly been playing this game called “don’t freeze your ass off,” although I did recently give Skyforge a try. It’s a free-to-play MMO that released on PC five years ago, and was recently ported over to the Nintendo Switch. It was a bit too childish and simplistic for my tastes, but the concept (mixing magic and science fiction) is interesting, and the graphics aren’t bad for a five-year-old game.

WandaVision has been keeping my attention, and I’m looking forward to the next installment. If you haven’t seen any episodes yet, the show starts off on a slow burn, gradually revealing clues over the first three episodes about what’s going on in Westview.

Then BAM! they drop all sorts of crazy stuff on you around E4.

The show is full of easter eggs, and with Feige and The Mouse making the decision that all Disney+ Marvel shows are canon, it seems like WandaVision is setting up a lot of late Phase 4 stuff in the MCU. Time will tell, I suppose.

I also just finished S5 of The Expanse. Speaking of which, I had a serious WTF moment over the season finale, until I did a Google search and read the stuff I’d missed (during the pandemic, obv) about a certain leading actor who got booted off the show.

In the spirit of no spoilers I’ll let you look it up for yourself. Personally, I liked the character and I’m bummed the character is gone, but based on what I read the show runners made a solid call.

(Trigger warning: I’ve included a footnote at the bottom of this post with links to resources regarding this topic. Just skip right over it if you don’t want to read it, for whatever reason. ~MDM)

I’m finishing the edits on Crowley’s first book, and I’ve started the prequel to another spinoff series featuring a character who will be familiar to readers of my Scratch Sullivan series. That spinoff series will be a pre-apocalypse deep dive into how he became the character you meet in THEM.

Some of you may know that I’m a krav maga instructor with decades of experience teaching various self-defense systems. I also taught sexual assault prevention on college campuses for years, and over the past few decades I have spoken with way too many survivors.

I totally get not blaming the victim, and I always tell my students it is never the victim’s fault—period, end of discussion. That said, I think every woman should learn to recognize predators, because they’re a lot more common than most people realize.

If you’re interested in learning more about how to spot sexual predators, a good place to start is Steve Kardian’s book, The New Super Power for Women. I’ve taught a version of Steve’s self-defense program for years. He is a retired law enforcement officer and one of the most conscientious and expert instructors I’ve seen, in a field that’s crowded by amateurs and people who have no idea how sexual assaults go down IRL (and therefore have no business teaching sexual assault prevention skills to women, IMO).

Also, the National Sexual Assault Hotline number is 1-800-656-4673. If you’re at risk, or you’ve been assaulted or abused, you can call that number for help.