December is here and the Massey family is well into celebrating the holiday season. It’s been nothing but lights and trees and decorations around here for a week straight: 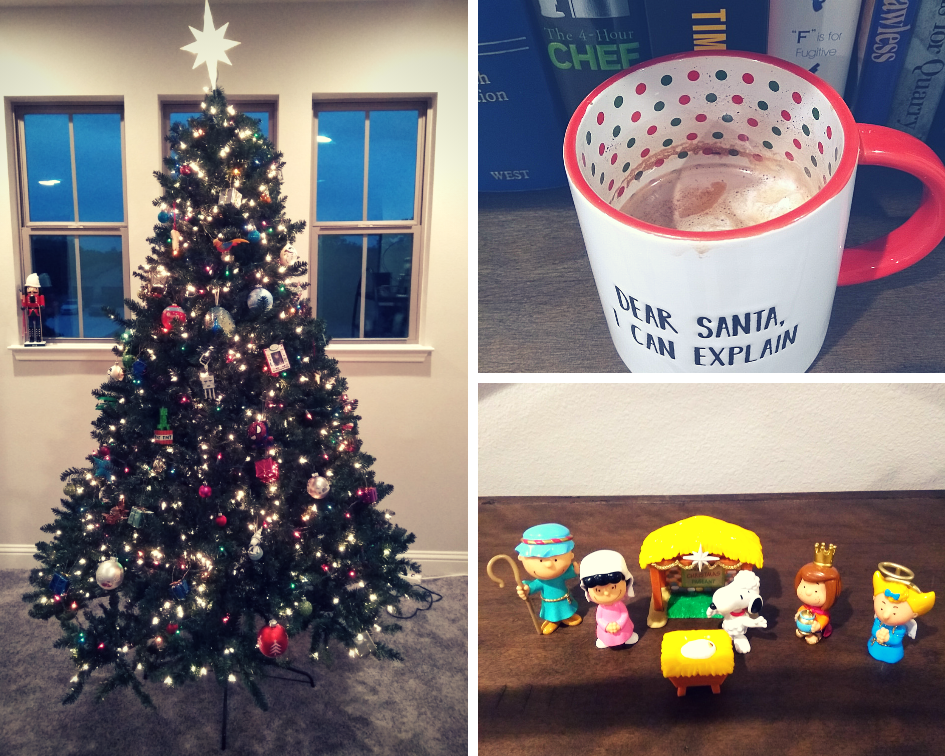 But that’s not all that’s been going on around here… I’ve also been hard at work on Book 8 of the Colin McCool/Junkyard Druid series.

The book is coming along nicely, although as usual it took me a week to hammer out the opening scenes. I always find the opening scenes to be the most difficult to write, because I am of the opinion that they’re among the most important scenes in a novel.

Thus, I drag my feet and second-guess myself constantly when writing them. :)

But now that I’m through the tough part, my word counts will pick up and I’ll start getting into the meat of the story. Druid’s Due is the title of this novel, and it’ll cap off the second tetralogy in this series. This eighth installment will bring fresh challenges for Colin, and he’ll meet up with friends and foes old and new.

And I promise, no cliffhangers… this is the closing act in the overarching story contained within Books 5-8, so Colin will find at least a temporary peace by the end of the final chapter.

In case you want to know what else I have planned, next year I intend to write books 9-12 in Colin’s saga, and I’m also working on two spin-off series in The World Beneath universe. Expect to hear more about those projects in January and February of next year.