It’s a new year, so I guess it’s time for another urban fantasy author update… 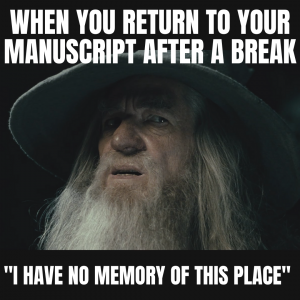 Fiction-wise I’ve been looking for a decent cultivation fantasy novel, just to check out what that sub-genre has to offer. To that end, I picked up Tao Wong’s first A Thousand Li novel, and the first book in Sarah Lin’s Street Cultivation series. I’ll let you know what I think after I’ve spent some time with those stories.

Besides that, I’m reading various non-fiction titles in the self-publishing and writing niches. January is always when I examine what I’ve been doing so I can evaluate what’s working and what isn’t. Right now I’m working on streamlining my systems so I don’t end up spending 12 and 14-hour days finishing novels.

I spent a lot of time laying around over the holidays, recovering from surgery and from the plague. I finished the following streaming series during that time:

The Witcher S2 (★ ★ ★ ★ ☆) – After watching the second season, I can see why fans of the novels were so upset. No spoilers, but they did kill off a major supporting character in a rather unceremonious fashion (after writing the character poorly, no less). As well, the storyline took a sharp left turn from the novels. That said, judged on its merits as a standalone TV series I enjoyed it, even though the storytelling wasn’t as deep as it was in the first season.

The Wheel of Time (★ ★ ★ ★ ☆) – I have to say, this series grew on me over the course of the first season. TBH, I ended the final episode wishing the season were longer. I thought they rushed the timeline quite a bit, and the character development wasn’t quite there, but it had its moments.

Here are some other streaming series I’m watching or that I started and DNF’d:

The Expanse S6 (★ ★ ★ ★ ★) – This series never fails to delight. The writers do an excellent job of maintaining tension and throwing the characters into new situations. As well, the characters have real motivations that are consistent and that make them seem very much like three-dimensional people. Can’t wait to see where this season takes the crew of the Rocinante.

Hellbound (★ ★ ☆ ☆ ☆) – I couldn’t get into it and I fail to see what all the fuss is about. The CGI is awful, and the characters are entirely unlikable. Hard pass.

The Silent Sea (too early to rate) – I watched the first episode and was intrigued. Will def return to it when I have the time.

Oh, and I also managed to catch Ghostbusters: Afterlife, Eternals, and Spider-Man: No Way Home at the theater over the holidays. I didn’t think Eternals deserved all the hate it received. It wasn’t a perfect superhero movie, but it was better than the Loki series, that’s for damned sure.

Ghostbusters: Afterlife was nothing more than two hours of fan service. Add to that the performances of McKenna Grace & Paul Rudd sprinkled with a liberal dose of 80s nostalgia, and what’s not to love?

As for No Way Home, it won my vote on two fronts. First, by finally introducing the MCU Peter Parker to some real tragedy. And second, by reconciling the first two Spider-Man franchises with the current incarnation.

Also, can I just say that Andrew Garfield is my favorite Hollywood Spidey? I know that’s not a popular opinion, but IMO he was the best balance of Parker and Spider-Man. And hell, he should get an Oscar just for his interview performances over the past year.

My wonderful wife somehow managed to purchase a PS5 for me (and hide it from me until Christmas, no less). Since PS5 game offerings are still a relatively shallow pool, I’ve been revisiting PS4 titles, especially Cyberpunk: 2077 (I enjoyed it the first time around, despite its many flaws).

Are the graphics amazing on the new Playstation? Yep.

Does it overheat like a mother-trucker? Absolutely. I’ve already had to replace the stock fan, and I had to add an aftermarket triple cooling fan to the back panel.

Word is, Sony reduced the size of the liquid metal heat sink due to supply chain issues. Big mistake. I think that decision is going to come back and bite them, but at least I finally got the overheating issues under control.

Sony, you owe me sixty bucks.

After a forced break due to eye surgery (no staring at screens) and the plague (who wants to write when you’re suffering from that mess?), I’m happily back at my writing desk.

Currently, I’m deep into writing Crowley’s third novel, Shade War. The story is shaping up, but it’s still too early to give you an ETA on the novel.

Once I finish Crowley’s trilogy I’m jumping straight into Druid’s Bane. Both these books are going to be a wild ride, so stay tuned. 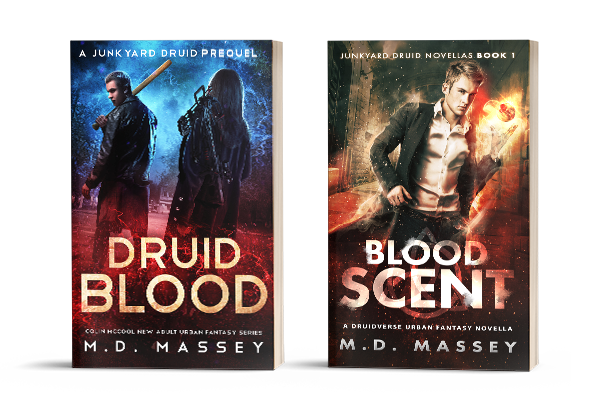