Hey folks, it’s time for another update from The World Beneath…

I’m halfway through writing the first draft of Druid Arcane. Sadly, a few weeks ago we had a couple of deaths in our family that hit back-to-back, and I found it very hard to write during that time. But, I’ve had time to grieve and I’m back to my usual writing rhythm, so hopefully I’ll get this novel cranked out over the next few weeks.

Quite honestly, this one has been a hell of a lot of fun to write so far. I’m working with fresh settings and supporting characters, and that has opened up many possibilities in the plot, dialogue, and situations that I’m able to throw Colin in throughout the novel. Hopefully, you’ll find this installment to be as funny and entertaining as I think it is… but we’ll see.

I was two-thirds through the latest season of The Last Kingdom when I decided to check out The Rook. Having read the book some years back, I was curious as to how it might be translated to the small screen. And while the show has received mixed reviews, I was not disappointed. Too bad there won’t be a second season, because I thought the first was very well done.

I’m simultaneously reading three books, and all are on writing and the writing process:

The One-Hour MFA (In Fiction) – This is a short read, and well worth the effort. It’s basically notes the author has collected about writing fiction, compiled and edited into a readable format. Each short chapter contains at least one nugget of useful advice that’s worth the cost of admission.

Writing Wonder – David Farland is one of those fantasy authors who seems to have his hands in every aspect of fantasy writing, including his own novels, screenplays, collaborations, and so on. He also claims to have helped Stephanie Meyer brainstorm the sparkly vampire series that took the world by storm years back. We won’t hold that against him, because this is a wonder-ful book that outlines a process for adding “wonder” to your fiction. Definitely one for the ol’ writer’s bookshelf.

The 90-Day Novel -You’ve likely seen a slew of non-fiction books on Amazon with similar titles. “Write Your Novel In Five Days!” “How To Write A Novel While You’re Asleep!” “Teach Your Dog To Write A Bestseller!” And so on. The claims are as ridiculous as the authors who write such books, but in this case the title is a promise that this book keeps. Alan Watt is a best-selling novelist and screenwriter who founded the L.A. Writer’s Lab, and this book is based on his most popular course. If you’ve ever struggled to finish a novel, read this book and follow the process to the letter. You can thank me later. 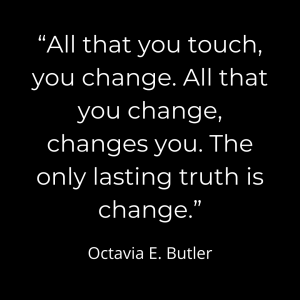 Here are a few links that I thought merited sharing this week.

I met Steven Barnes at a martial arts seminar years ago. Over a decade later, I still reflect back on the conversation we had that day. Check out this interview, then do yourself a favor and go pick up one of his books. The man is a gentleman and a scholar, with the heart of a warrior.

As always, thank you for your support!