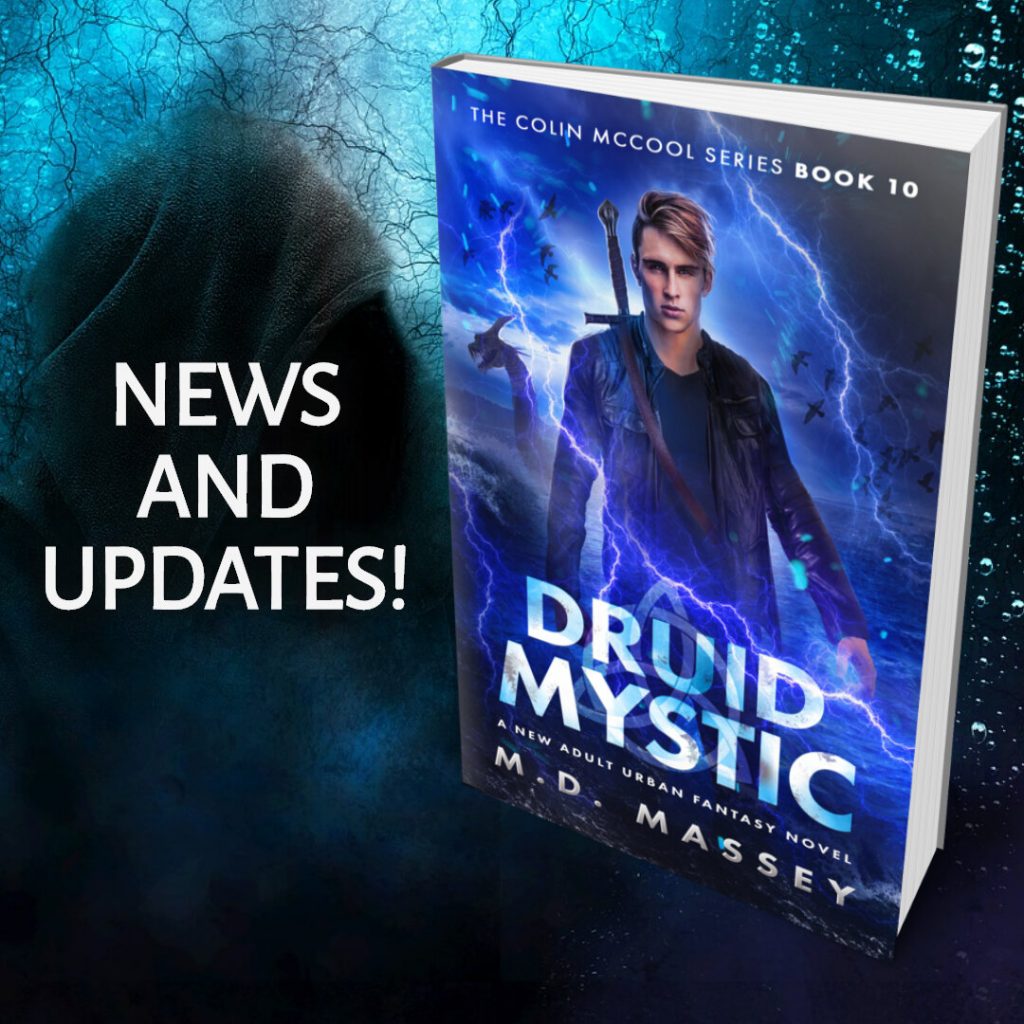 Here’s a little update regarding what I’ve been up to, the book launch, and upcoming spin-offs in the Colin McCool urban fantasy universe…

So far, everything is going right on schedule. The ebook is set to drop on Friday, and the paperback version of Druid Mystic should be live on Amazon by tomorrow.

As for the audiobook version of Druid Mystic, see the next item…

I submitted Blood Bound to Audible on January 26th. Here we are, 7 weeks later, and it’s still being held up in their QA department. I’ve contacted them twice already, and each time I’ve received the same canned response.

So, we’re at the mercy of the Great and Mighty ‘Zon right now regarding the retail release of that audiobook. My apologies.

Obviously, if this continues it will have an impact on how I distribute new titles in the future. If Audible’s QA department keeps dropping the ball on the review process for new titles, I will very likely start releasing my audiobooks on other platforms while Audible twiddles their thumbs.

I have not taken a complete day off for over a month. Usually I get to rest between finishing one novel and starting the next, but we ran into an editing snafu on Druid Mystic and I spent the last week straightening that out. So, I’ll likely take some time later this week and weekend and do absolutely nothing. If you don’t hear from me for a few days, that’s why.

As for my next project, right now I’m plotting the Crowley spin-off series and finishing up everything that needs to be done to launch Druid Mystic. I’ll be writing the Crowley series between Colin McCool novels 11 & 12, but don’t expect to see that series drop until the 12th Colin McCool book is released.

After that I’ll being writing a couple of other spin-off series, which I’ll announce later since I haven’t decided which character will get the treatment after Crowley. So, stay tuned.