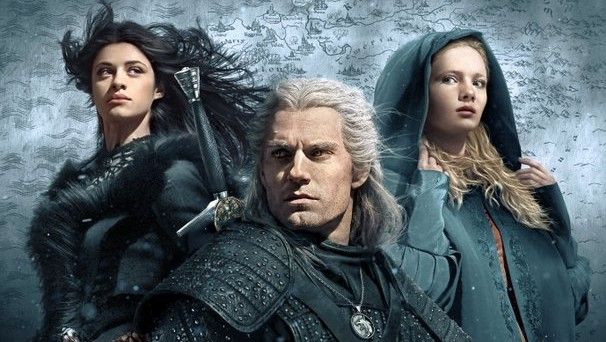 I had a chance to watch the entire first season of Netflix’s The Witcher over the holidays, and I have to say—it wasn’t exactly what most fans expected, but personally I enjoyed the hell out of it.

Now, I know there are some Andrzej Sapkowski purists out there who wish they’d have followed his books as closely as HBO followed GRRM’s tomes. However, when evaluating book to film adaptations, you must consider the studio’s financial concerns and the impact that will have on the final product.

Adapting a series of fantasy novels like Sapkowski’s as well as they did is a massive undertaking and a great financial risk for the studio. Granted, Netflix has been known to simply throw a bunch of money at scriptwriters, directors, and producers so they can see what sticks, but in this case, I think they were shooting for the next GoT.

And because of the high expectations for this series, the screenwriters, directors, and producers naturally had to consider the broader viewing audience during the creative process. Sapkowski’s world is vast and very detailed, much like Martin’s, and thus there are plenty of political intrigues to be had, wars to be fought, and so on.

Although the books mostly focus on a few key characters, there’s still a lot of scope to cover for viewers who are new to the lore that’s been established by the books and video games. That meant the creative team had to spoon-feed a lot of exposition over the course of the series.

Did it slow the story down? A bit, but I think they did an artful job of gradually spooling out the backstory by focusing on different characters and telling the story in a non-linear manner. That’s hellaciously tough to do, and frankly, I was surprised they were able to stitch the entire narrative together so smoothly.

Was it what fans expected? Not really, if the chatter on the interwebs is to be believed. And apparently, the creative team made some unpopular casting decisions, but I think they worked out well in the end.

Fans of the books know that Anya Chalotra doesn’t exactly look like Yennifer, as the character is described in the novels. However, she has that unconventional beauty thing going on, and she is funny and charming as the embittered and jaded sorceress with a heart. And as a bonus, there was definitely some chemistry between her and Cavill, making their scenes together all the more enjoyable.

Personally, I’d rather have a talented actor that fits the role without being a dead ringer, than a dud who matches the character’s description to a “T.” And undeniably, Chalotra played Yennifer in grand style over the course of the series.

On the other hand, Freya Allan seems to have been cast as a virtual match for the Ciri of the novels, and as an actor she’s certainly no dud. I think it’ll be interesting to see how her character develops as she literally grows into the role over however many seasons we get. IMO, adult Ciri is a lot more interesting than child Ciri, but who knows whether we’ll get to see that version of the character or not.

As I said, it’s not what fans expected, but I’ll take it. Sure, the creative team could have stuck a little closer to the narrative in the novels, but it’s still a damned good interpretation at that. I’m just happy that we’re getting a decent adaptation of the series, and I hope we get as many seasons out of Geralt and company as we did from GoT.