I checked my calendar, and it’s time for another urban fantasy author update. Here’s what I’ve been up to lately… 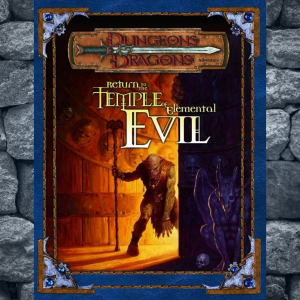 Recently, my friend Scott—the guy who does the animation for my book trailers—asked me if I would run a D&D campaign for his son and mine. Apparently, his kid has been dying to play D&D the entire time they’ve been cooped up during the pandemic.

How could I resist introducing a new generation to the world’s greatest tabletop fantasy role-playing game? So, I started dusting off my old 2e books (yep, that’s how long it’s been since I played the tabletop version of D&D), and soon realized that just about everything about the RPG has changed since I last ran a game.

Thankfully, I had already purchased the starter set a while back with the intention of learning the 5e rules, as well as the DM guide, Player’s Handbook, and Monster Manual. I’d purchased them partially out of nostalgia, but mostly because I keep toying with the idea of writing a LitRPG series (but no promises, so don’t hold me to that notion).

Anyway, I’ve been boning up on the newest ruleset while reviewing previous rulesets (4e—honestly, what were they thinking?), and prepping for our first, tier one campaign. And to immerse myself in as much D&D lore as possible, I’ve also started rereading D&D fiction novels that I used to love (Drizzt Do’Urden, anyone?).

The ironic thing is, I’m going to kick the campaign off by running a classic 1e adventure, The Temple of Elemental Evil. It’s a shame that the last time it was updated was twenty years ago, but the “Return to…” version is still a huge improvement over the original Gygax module with regards to maps, numbers of encounters, and background lore.

Honestly, I’d forgotten how much work it takes to prepare a decent campaign as a DM. After I run Hommlet and the moathouse the old-school way (using paper maps and the theater of the mind), I intend to adopt one of the virtual tabletop systems like Roll20 or Fantasy Grounds.

This fifth season of The Expanse has been keeping me on the edge of my seat. I personally think it’s one of the finest science fiction space operas ever created for television.

That the writers and producers are able to keep upping the ante each season is somewhat of a miracle, considering how difficult it is to maintain the quality of a series when you have that many people involved. Check it out if you haven’t yet—it is definitely binge-worthy television.

I asked for Playstation store gift cards for Christmas, so I could buy the digital version of Cyberpunk 2077 and play it over the holidays. But when I redeemed my gift cards in order to purchase the game, I soon found that, due to the massive numbers of refund requests they were getting, Playstation had pulled it from their store.

Yikes! Not to be deterred (and despite the warnings that last-gen systems couldn’t handle the graphics), I ordered a hard copy of the game from the ‘Zon and waited until the 1.06 update hit before I started playing. And man, am I glad I did.

Is the game as buggy as a Louisiana cookout in mid-July? Yep.

Were the graphics nearly as impressive as the “actual gameplay footage” CDProjekt Red released to hype the game? Not on my console.

Did it crash at inopportune times? Um, does the pope wear funny hats?

But, was it a blast to play? Yes, it was, despite all the bugs, glitches, and crashes—which, I might add, were really no worse than my recent playthrough of AC Valhalla.

The story is what carries the game, along with some pretty decent voice acting. And heck, Keanu Reeves’ wooden delivery of lines only adds to the charm of the whole damned thing. Despite horrible driving mechanics, first-person shooting gameplay that’s circa 2010, and getting one-shotted by random explosions over and over again… it was still a damned good time.

My bottom line on Cyberpunk is that I didn’t feel cheated at all after I finished it the first time (and yes, I played through nearly all the endings). I only wish I had a high-end gaming rig, so I could’ve experienced the graphics as they were meant to be seen.

Since I’ve finished all but the “hidden” ending in Cyberpunk (my relationship with Johnny wasn’t good enough to trigger it—that guy is a d-bag), for the next few months I’ll have to entertain myself otherwise, at least until the Mass Effect Legendary Edition drops sometime this spring.

Thankfully, my friend and fellow urban fantasy author Nazri Noor recently got me hooked on those classic Fighting Fantasy books by game designer Steve Jackson. They’re kind of a cross between a “choose your own adventure” novel and a micro RPG game.

The best thing about them is that you can read/play them on an app now, which is available for both iOS and Android, as well as on Steam. I played through the first adventure last night while my wife watched an Aurora Teagarden mystery on The Hallmark Channel (ugh—the series is no True Blood, that I can assure you).

The Fighting Fantasy app runs great on iOS, and it still gives you the same feel that reading those classic game books provided back in the day. If you’re looking to experience some nostalgia, albeit with a new digital angle, it might be just up your alley… or dungeon corridor, if you prefer.

I suppose I should discuss what I’m writing, as this is an author update. And yes, I am actually writing, despite all the extracurricular stuff I just spent nearly 1,000 words waxing on about.

Currently, I’m taking a short break from writing Colin’s story. As you know, I capped off Colin’s first series with Book 12, Druid Master, which I recently released in December. However, that’s not the end of Colin’s story, not by a long shot.

In fact, I’m already plotting out his next three books. Those three novels will encompass the upcoming Trickster Cycle, my next urban fantasy series that will feature everyone’s favorite twenty-something druid and world-class shit magnet.

In the meantime, however, I’m writing Crowley’s spin-off series. The first book is coming along swimmingly, and I should have the draft completed by the end of this month. However, I may hold off on releasing it until I get the first draft of Book 2 complete, so I can release the second entry in the series shortly after I drop Book 1.

At any rate, I’ll keep you posted as the story writing process continues. Stay safe and healthy, and be sure to subscribe to my newsletter to receive a couple of free books, as well as updates on future releases.